Having knowledge of Royal Caribbean’s Oasis Class ships I couldn’t imagine how they could top that. The largest passenger cruise ships in the world had become cities at sea, so where could they go to top this?

When Royal Caribbean first announced innovations for Quantum of the Seas we heard about the North Star. A glass pod which takes people 300ft above sea level for the stunning ocean and port views. With the installation of iFly by Ripcord you would be able to experience skydiving while looking out at the ocean. Bumper cars, roller skating, circus school and basketball court were introduced into an indoor space call the SeaPlex.  This was incredible and you could see that Royal Caribbean really had taken the next step in onboard activities for its guests.

However, as the ship neared its completion Royal Caribbean announced that Quantum of the Seas would be the first ‘Smart Ship’ in the World.  Not satisfied with being able to skydive or be lifted 300ft in the air, they wanted to ‘give the guest the first day of their vacation back‘ by being able to pre-book everything.   They wanted to eliminate lines at check-in and guest services.  How have they done this?  By giving every crew member their very own tablet, taking away the desks and having staff standing around ready to assist the guest.  Next-generation check-in or “no check-in, check-in” as Richard Fain refers to it, is designed to enable the guest to get from the sidewalk to ship in 10 minutes, and it works! 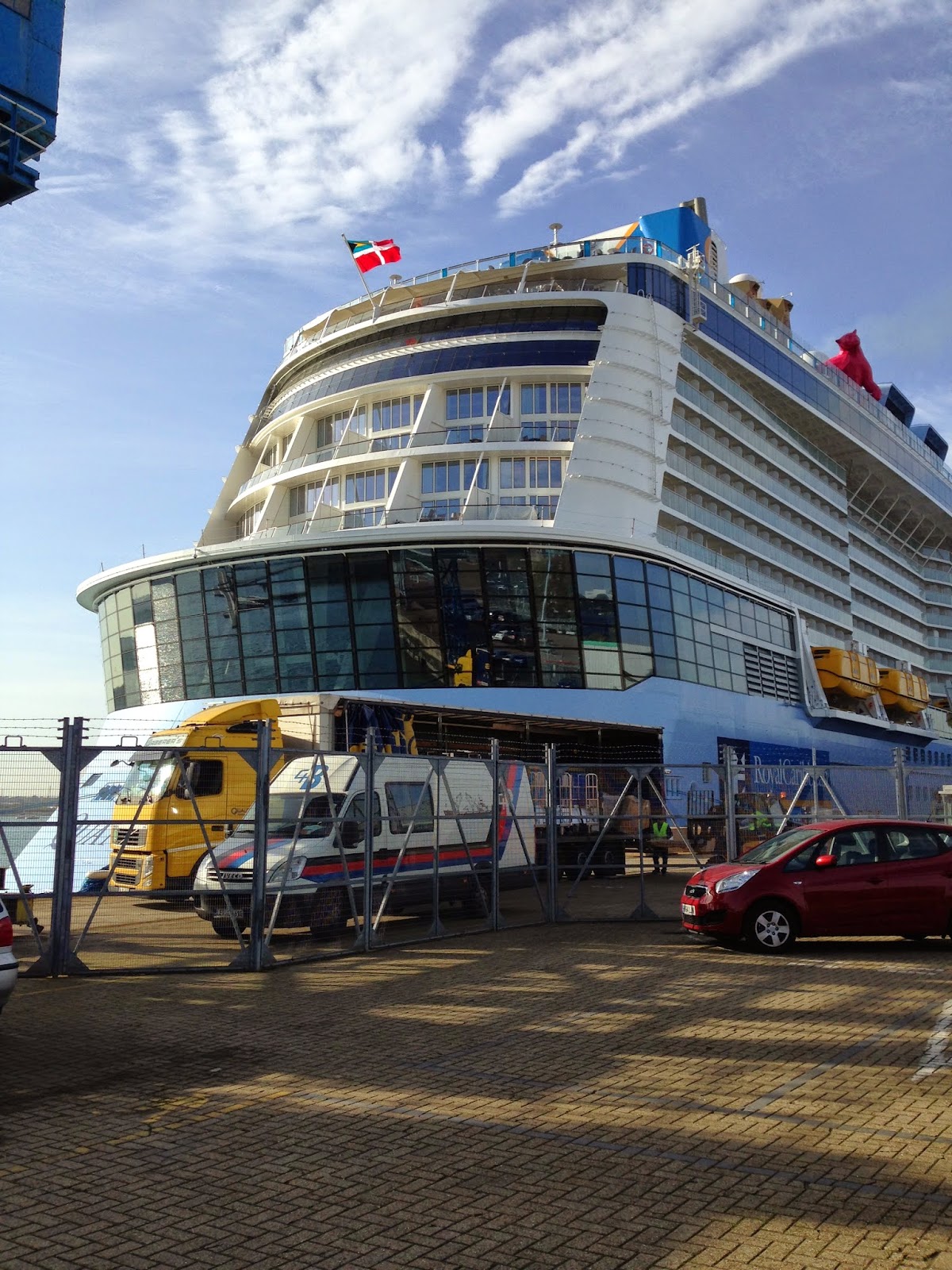 When I arrived a City Cruise Terminal, Southampton with my set sail pass and photo already uploaded (see previous blog), I sheepishly approached a staff member standing with a tablet and asked her where I needed to go.  She zapped the barcode on my set sail pass and went through a series of steps on the screen, asked a couple of questions and then pointed me in the direction of security.  No sea pass card, no health questionnaire to fill out, nothing.  I thought that would be coming later, so carried on through security, again straight through, no queues and into the departure lounge.

As I entered there had been an announcement for people to board so I carried straight through to the ship. No time to check my bag, go to the bathroom, get a coffee, get bored and restless, just straight onto the ship.  It felt very strange, I couldn’t figure out how they would let me on board, I didn’t have my sea pass card.  I thought there had been a mistake!  But sure enough, as I walked through the ship security they scanned the barcode on my set sail pass and let me on. 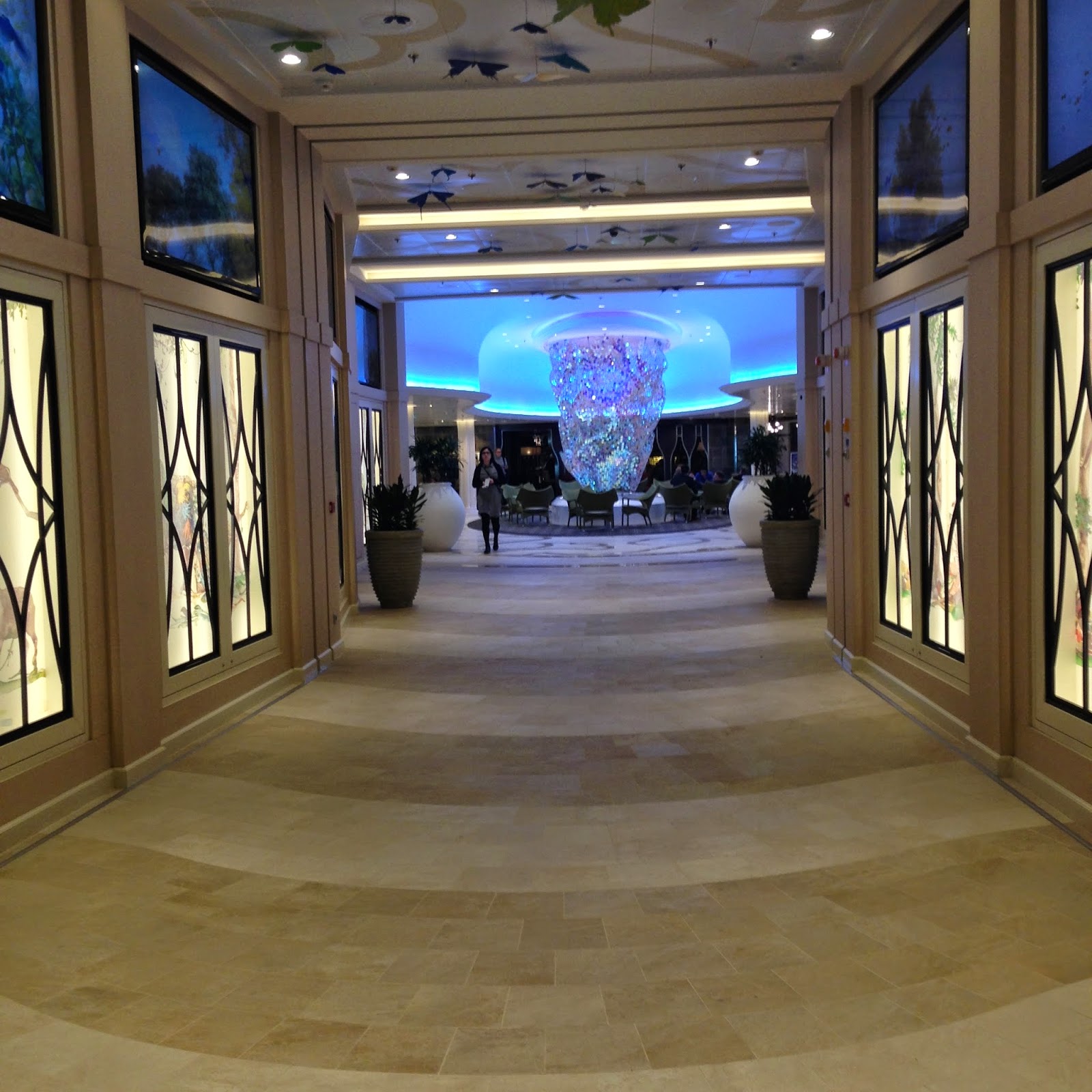 I stood in what appeared to be an atrium wondering what to do.  Do I need to go somewhere now?  Is that it?  and how do I get into my room?  I looked around thinking “this does not feel like a Royal Caribbean ship”.  To be honest I didn’t feel like I was on a ship at all!  It was light, sophisticated, arty and just downright cool.  But with a quick glance around, I saw the familiar sight of Sorrento’s and new I was in the right place.  It was just different.  The Royal Promenade was no longer and instead, there is a Royal Esplanade. 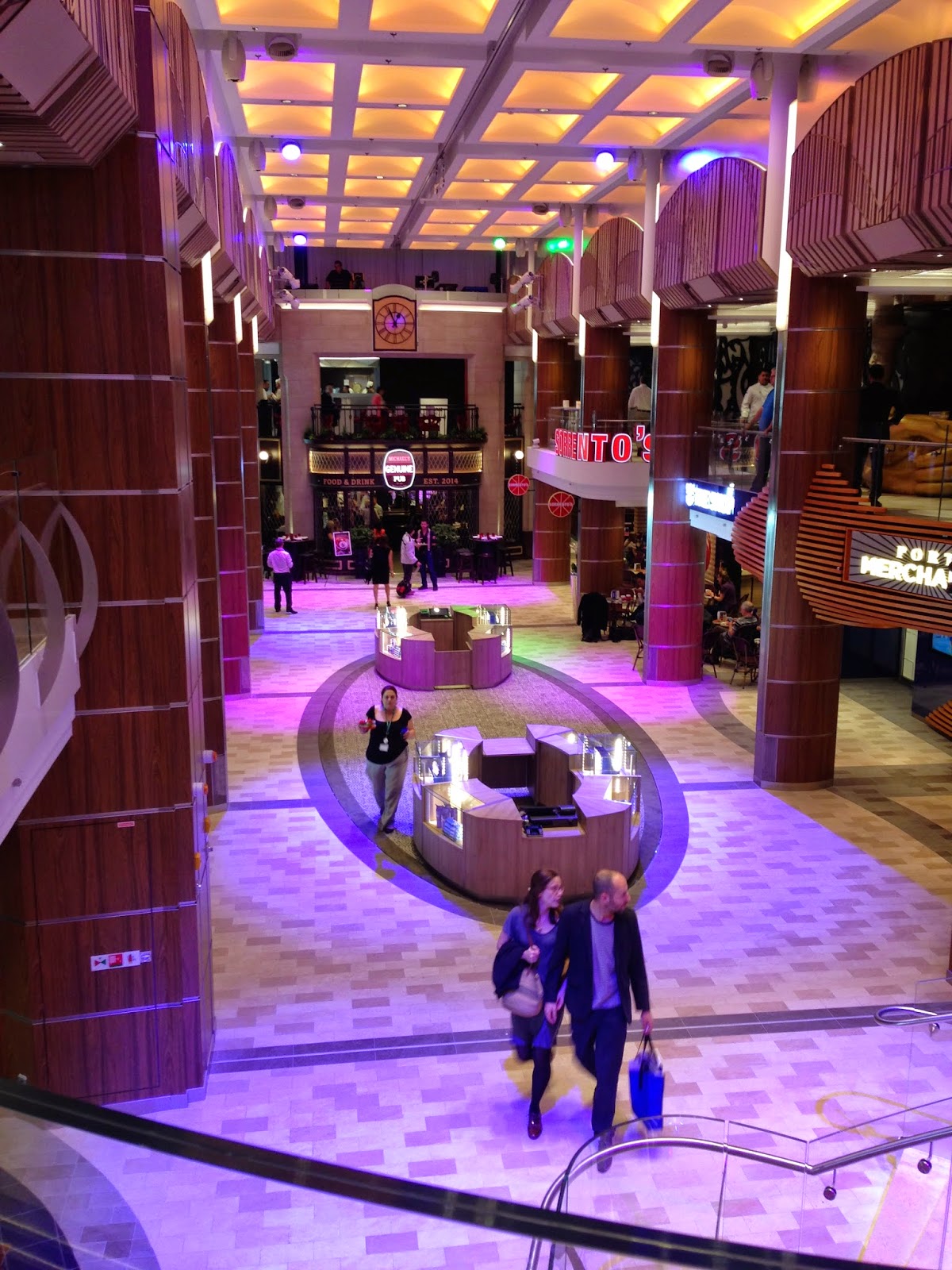 I went to find my room in the hope that I would somehow be able to get into it.  On arrival, I was pleased to find an envelope waiting for me with a sea pass card inside.  I waved the card in front of the door lock and it opened.  There before me was a brand spanking new balcony stateroom and my wow band awaiting me on the bed.  I loved the design of the room. The flat-screen television, cool decor and the addition of two USB charger ports gave a modern feel. 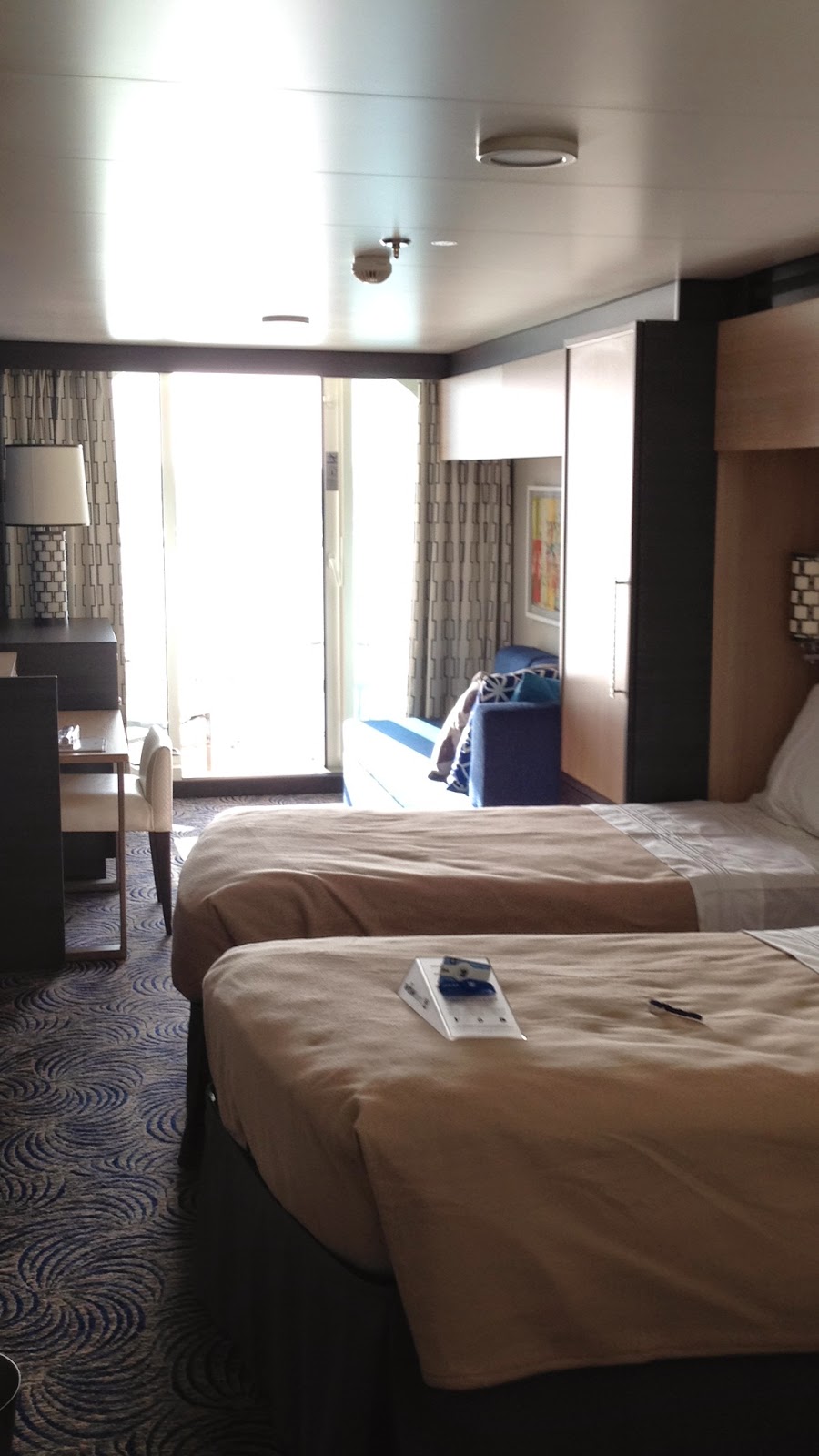 I went to the Windjammer to get some lunch to find, again, no queues.  If you have cruised on Celebrity Solstice-class ships you will be familiar with the Oceanview Cafe layout.  This has been adopted on the Quantum class and eliminated queuing.

The lunch was delicious as expected on Royal Caribbean, so once I had finished I set off to explore the ship. 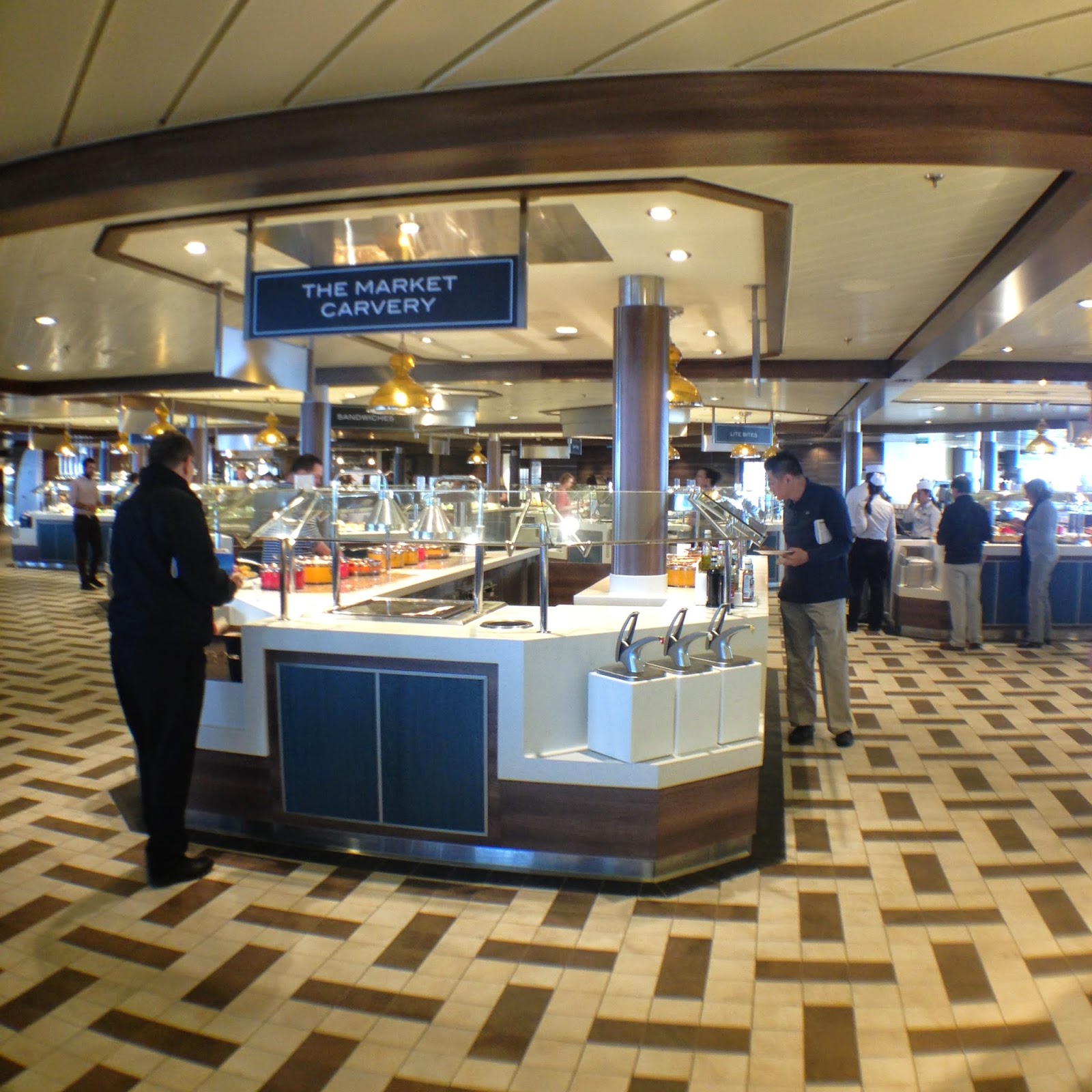 Wandering around it really was a case of wow, wow, wow.   Seeing the iFly and the North Star in action was like stepping into the future.  I took photos of everything and tried to take it all in.
After a good walk of the decks, it was time for a cocktail.  I was greeted by a friendly bartender at the Sky Bar.  This was the Royal Caribbean that I know and love.  The crew are always happy to see you and make you feel special. 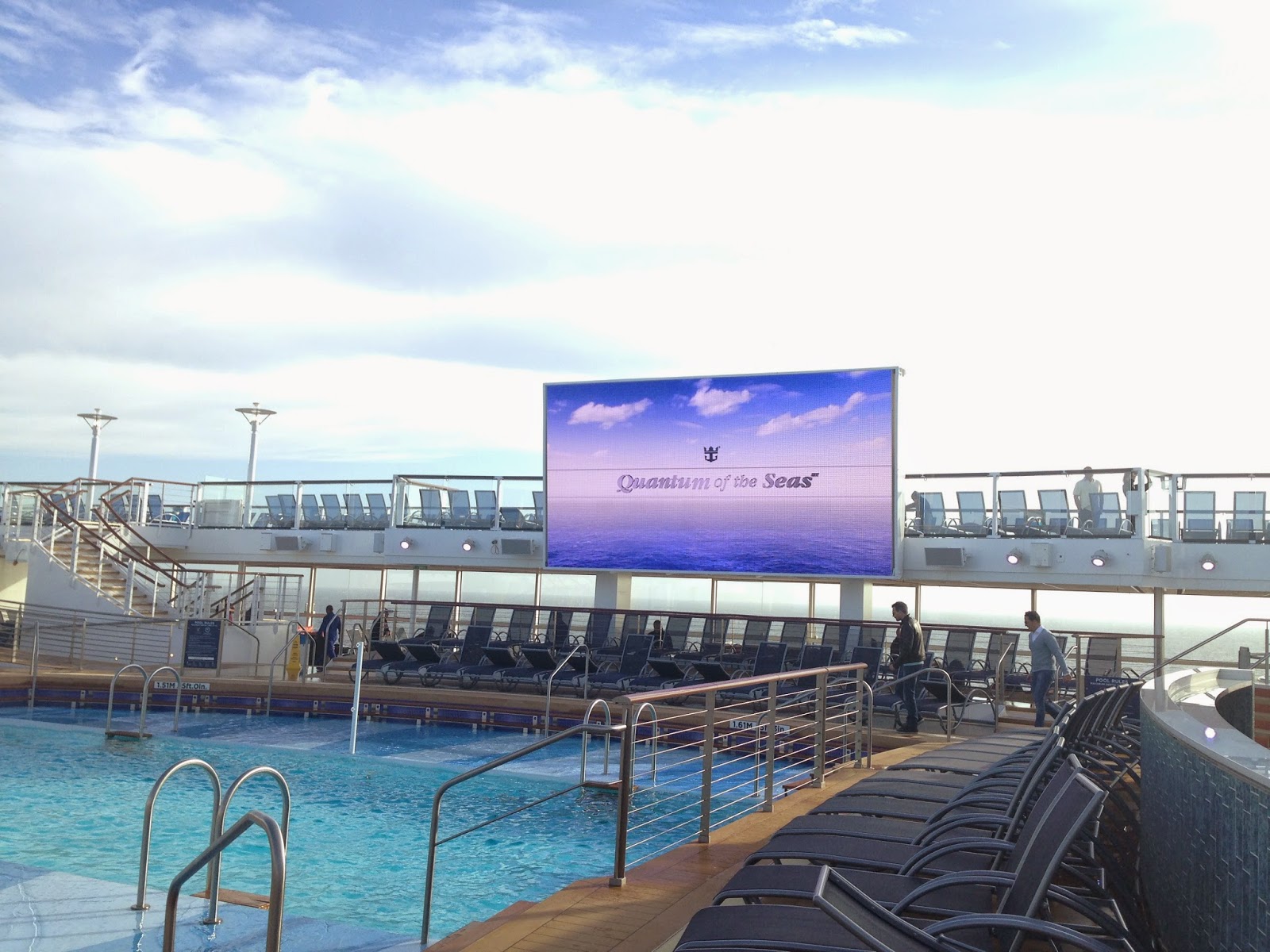 We opted to dine in The Grand. The 1920’s theme and white-glove service gave it a truly ‘Grand’ experience. The twelve complimentary dining restaurants, offer restaurants to suit all palettes. 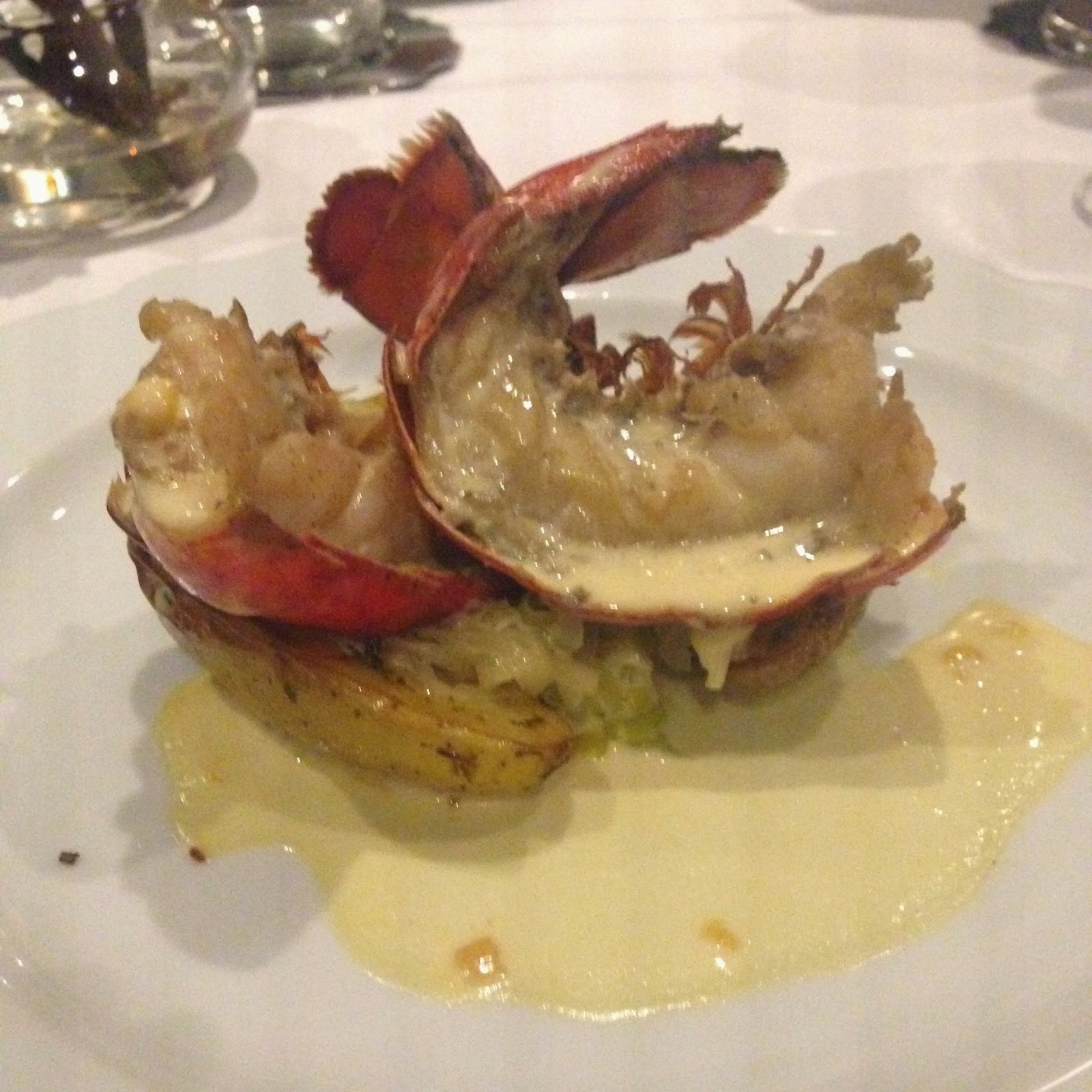 After a lovely meal, it was time to check out the entertainment.  The one of a kind Two70 is an iconic venue that fuses technology with entertainment. The incredibly talented singer and aerialist-cellist gave an enchanting production of Starwater. 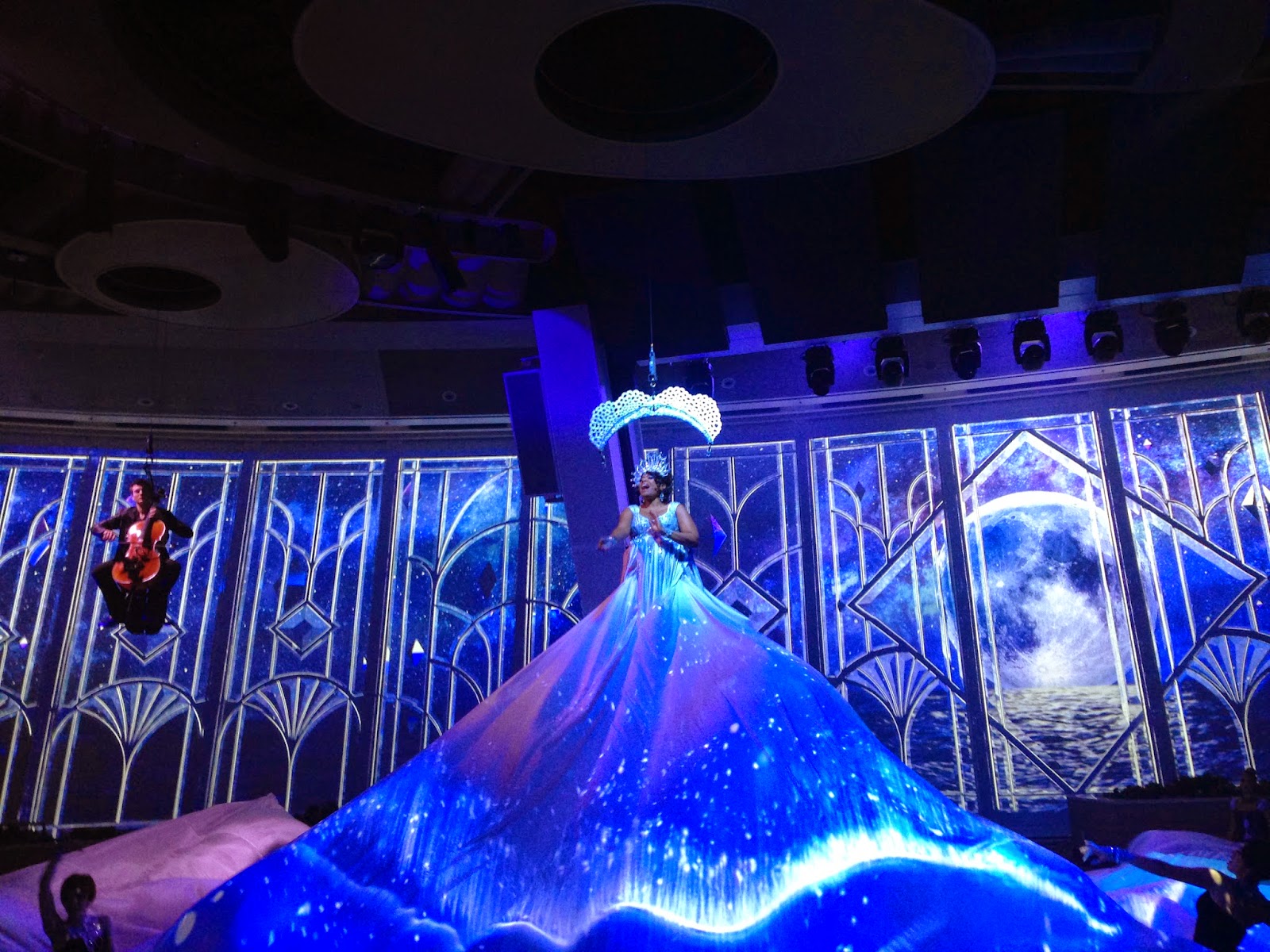 For lovers of musicals and fun Mamma Mia is a must.  The performance and production equalled that of Broadway and West End standard. 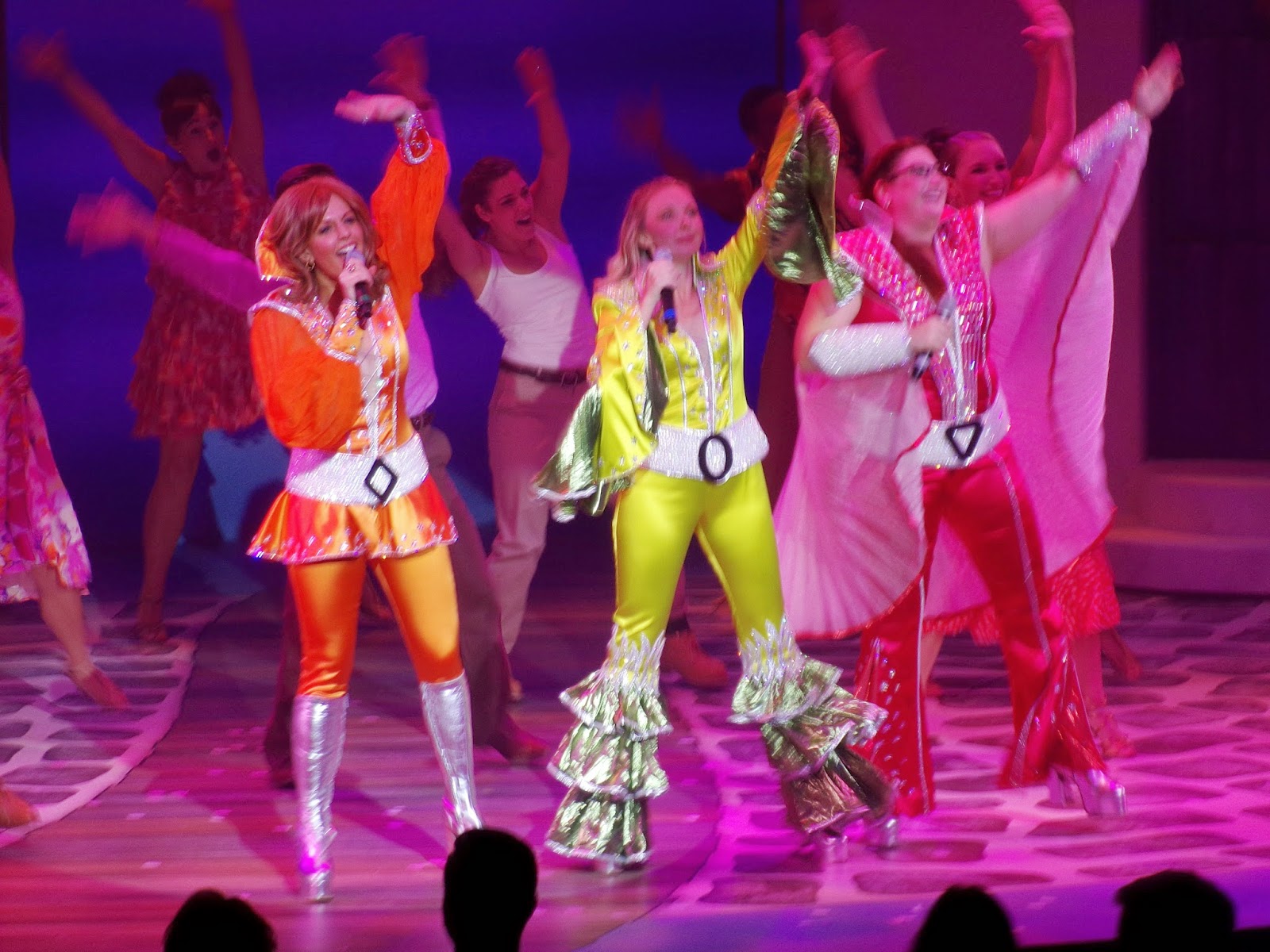 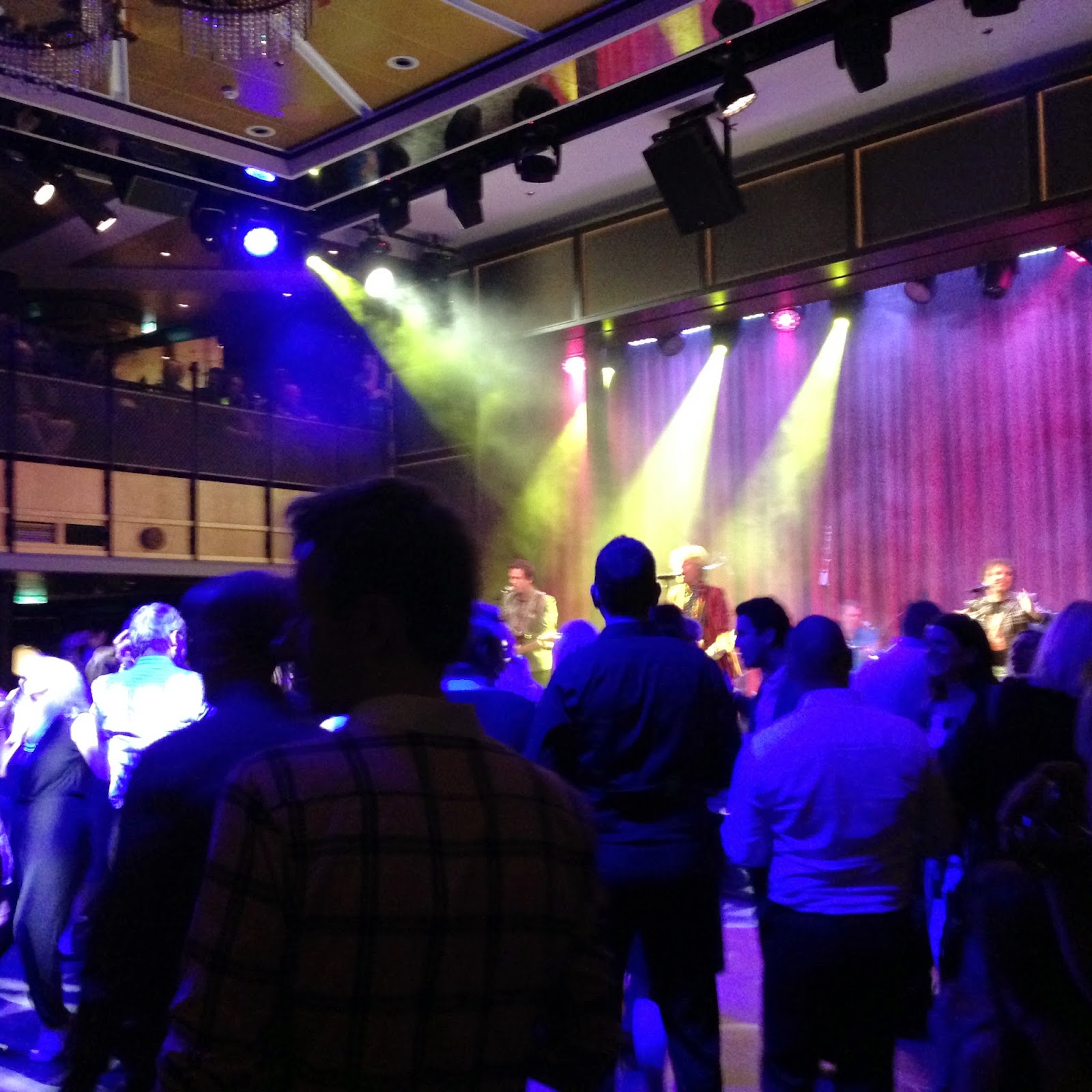 It seemed the the Music Hall was a favourite with most passengers. As the evening turned into the early hours, you could see this really was the ‘place to be’.  I wonder if Royal Caribbean have anticipated exactly how popular it will be with guests. 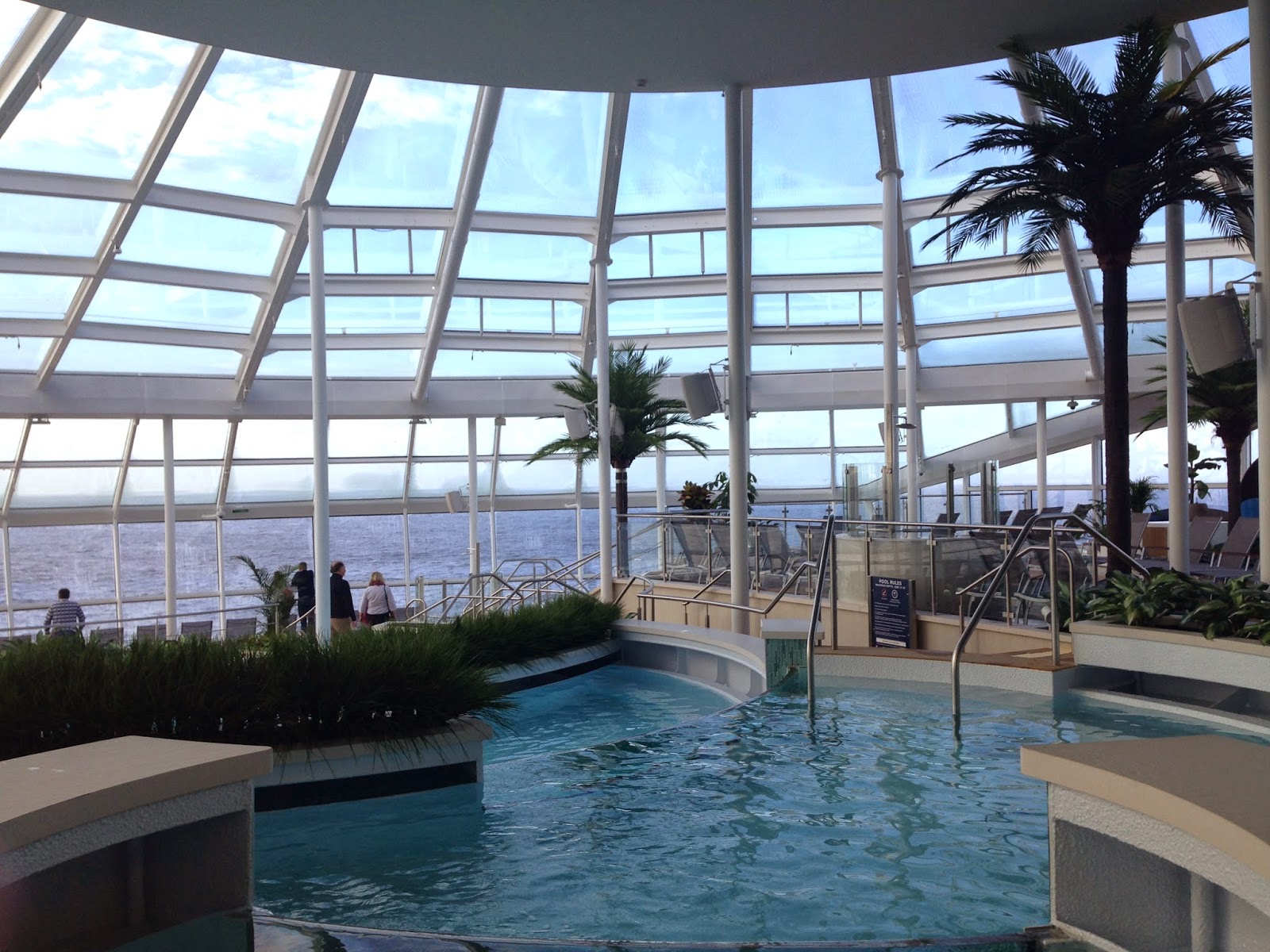 sic Hall and other unique and quirky features, delivers the WOW factor.

After two nights onboard, I can honestly say Royal Caribbean has once again delivered the WOW.  Congratulations to everyone involved as you have changed the face of holidays let alone cruising, for the future.

Amazing Features for Odyssey Of The Seas

Which is the Best Cruise Line For Vegans?

This website uses cookies to improve your experience while you navigate through the website. Out of these, the cookies that are categorized as necessary are stored on your browser as they are essential for the working of basic functionalities of the website. We also use third-party cookies that help us analyze and understand how you use this website. These cookies will be stored in your browser only with your consent. You also have the option to opt-out of these cookies. But opting out of some of these cookies may affect your browsing experience.
Necessary Always Enabled
Necessary cookies are absolutely essential for the website to function properly. This category only includes cookies that ensures basic functionalities and security features of the website. These cookies do not store any personal information.
Non-necessary
Any cookies that may not be particularly necessary for the website to function and is used specifically to collect user personal data via analytics, ads, other embedded contents are termed as non-necessary cookies. It is mandatory to procure user consent prior to running these cookies on your website.
SAVE & ACCEPT
Go to mobile version